Are You Having Difficulty Growing Your Beard?

Most men can grow a beard with little to no assistance because, at the end of the day, most of it comes down to genetics & timing.

What do I mean by genetics for beard growth, listen if your dad couldn't grow a beard you have less chance of being able to grow an awesome beard, the man's mane aka the alpha males of the world.

If you want to grow a beard you need to realise that this is one of the key factor to this, admittedly it's not uncommon for someone to be able to grow a beard with a dad, who can't grow one but there is a lot of scientific backing to the matter.

While there are certain strategies for promoting general hair development, at the end of the day, it all comes down to genetics with that said, there are a few things that promote healthy beard growth!

Most bearded men know that testosterone does help with beard growth, along with having good genetics making this a major player in your beard game.

Whilst genetics are a must for even being able to grow facial hair, you want to try and raise your testosterone, as you know for your beard development.

Most bearded men know that, testosterone does help with beard growth, along with having good genetics making this a major player to your beard game.Whilst genetics are a must for even being able to grow facial hair, you want to try and raise your testosterone, as you know for your beard development. 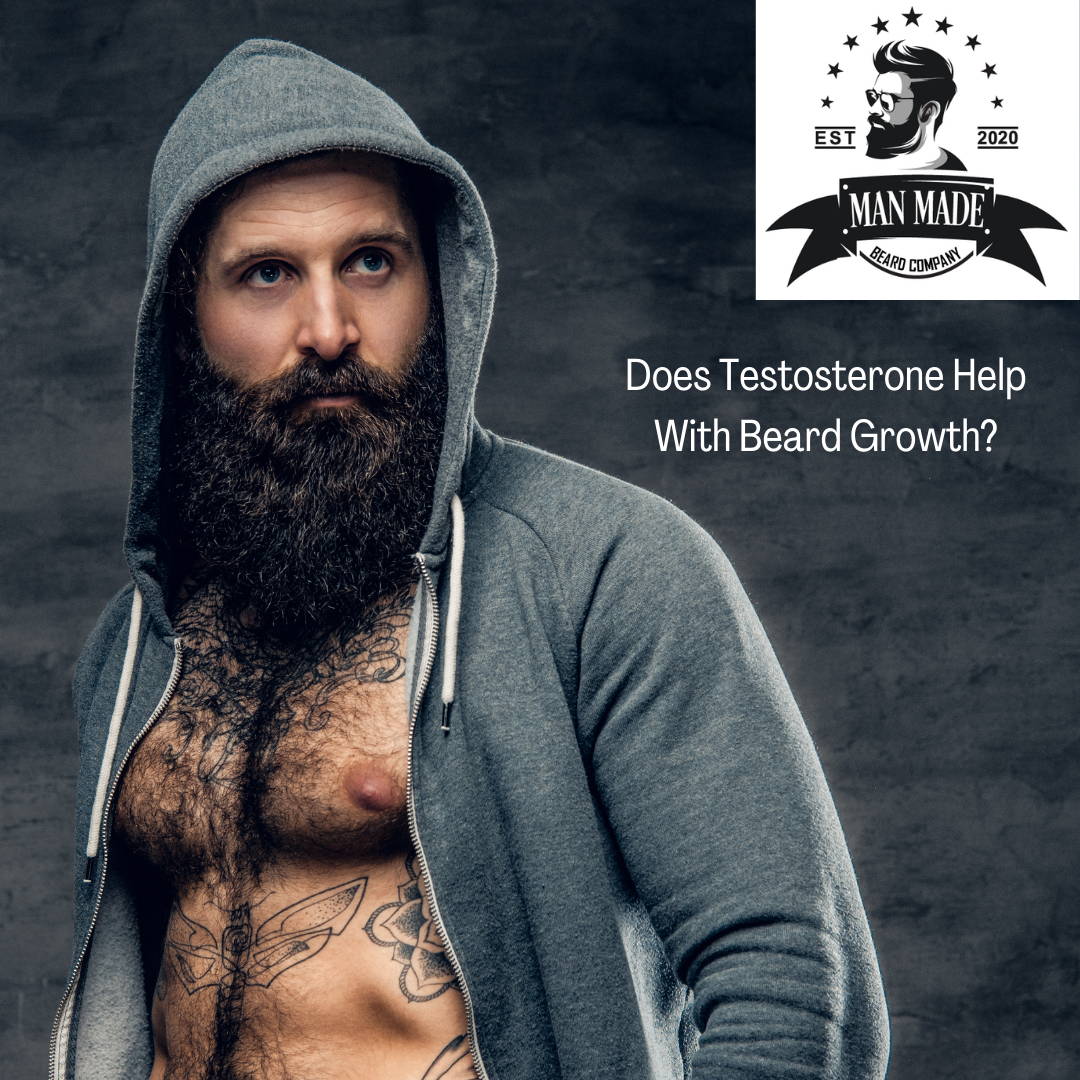 There are a variety of different signs and symptoms associated with low testosterone, including:

· Erectile dysfunction is a condition in which the male sexual organ does not function properly.

· Infertility is a condition in which a woman is not able to conceive.

· Muscle mass has been lost.

Is it a skin problem or something else?

In certain circumstances, a skin issue is to blame for a person's inability to develop hair. Alopecia areata, for example, is a skin ailment that causes baldness or hair loss. If you are experiencing signs of a skin issue that is likely affecting your scalp as well as your hair, consulting with a dermatologist may be beneficial.

The condition of hypothyroidism, or anaemiaanifest, may result in sparse or slow-growing hair in certain people. Women over the age of 50, on the other hand, are more susceptible to this illness. Iron deficiency, commonly known as anaemia, anaemiaanifest itself in the form of thin or falling hair.

Genetics is to blame for the majority of guys who have difficulty growing facial hair. Having trouble with facial hair development is something your father or grandfather may have experienced, and it's probable you may as well. And for those males, there aren't many options available to them at this time.

Do beard-boosting vitamins have any effect?

Because of the increasing popularity of beards and other facial hair, several supplement manufacturers are banking on the fact that some men have difficulty developing stubble. These firms provide vitamins and treatments that claim to make beards seem thicker and fuller than they really are. The majority of them, on the other hand, lack scientific credibility.

It has been shown by certain reliable sources that vitamin D may reactivate dormant hair follicles in the body. Some B vitamins, such as B-12, biotin, and niacin, may help to strengthen and condition hair, among other things.

However, if your body was not designed to develop a beard-for example, owing to genetics-the supplement may not be effective. A normal daily vitamin comprises elements that are comparable to these and is likely to be less expensive.

You may be struggling to grow a beard because you aren't taking good care of yourself, which is a minor probability in the grand scheme of things. In order to enjoy healthy facial hair, you must consume a nutritious diet and get enough sleep. Before you resort to donning a bearded beanie, you should take the following measures to achieve your facial hair goals before wearing one:

· Lessen your level of stress. Even while there is no easy yes or no response, according to the Mayo Clinic, some hair loss may be attributed to stress.

· Maintain a nutritious diet. A well-balanced diet will provide your body with all of the nutrients it requires.

· Make sure you get enough rest. The quality of your sleep has a direct impact on your health.

· Do not use tobacco products. In addition to causing hair loss, smoking has been linked to hair loss in other studies.

· Take good care of your complexion. Determine your skin type and follow a skin-care regimen to maintain it.

· Get beard mail from the best beard brand UK

There is no way to grow a beard if the genetics for doing so are just not there. However, if you provide the best possible environment for hair development, it should aid in the evening out of uneven areas and the thickening of existing hair.

Throughout beard history, men have taken care of their beards.

If you are one of the lucky individuals who has been blessed with the ability to grow a beard, the next issue to consider is how to maintain that beard and make it as attractive as possible.

Aren't you noticing how long beard styles are all the rage right now, when only a few short years ago, short, neatly trimmed beards were all the rage?

In the days before that, it was customary to be clean-shaven. All of this is done in the name of the game.

Beyond the constantly shifting social position of bearded men, the manner in which they maintain their facial hair has evolved as well. In the olden days, handing a man a beard oil dispenser would have been a surprise, to say the least. But times have changed.

Men were groomed, of course, but not in the manner we are used to seeing them using the UK Made Beard Oils.

Back in the day,

We all know that humans have been growing beards for as long as we can trace our history. Beards were grown in ancient times for a variety of reasons, including warmth, protection from the weather, and intimidation.

We don't know if our cave-dwelling forefathers had a hidden store of beard style items that they kept alongside their fire-making gear and animal skins, but it's likely that they did.

What we do know is that beard oil has been in use since the time of the ancient Babylonians. It is believed that this oil was mostly composed of sesame seed oil, which would explain its colour. Ancient Mesopotamians and Native Americans were also known to use UK Made Beard Oil, though it was not commonplace in their culture.

Native Americans were said to nourish their beards using a combination of castor oil, almond oil, and grapeseed oil, which they mixed together.

These days, the Man Made Beard Company's premium beard oils are made by hand. Their oils are designed with you in mind, with a contemporary aroma and only the best components. These components include Argan oil, Jojoba Oil, and Sweet Almond oil as the primary carrier oils!

Man-Made Beard Oils encourage beard growth by reaching the hair follicles and replenishing the natural oils in your hair and skin underneath.

Lightweight, quick-absorbing, and suitable for all beard styles.

Be the first to know about new collections and exclusive offers.