Throughout history, individuals have either grown facial hair or shaved their heads in reaction to the choices made by their opponents and competitors in dress and appearance.

During the Hellenistic Period, the ancient Romans shaved their heads for 400 years because the ancient Greeks, who were their adversaries at the time, regarded beards as emblems of increased social position and intellectual sophistication.

England's men went clean-shaven as a cultural reaction to their bearded Viking invaders during the 270 years the country was under threat of Viking invasion (and, in some areas, actually lived under Viking rule) between 793 and 1066 AD. 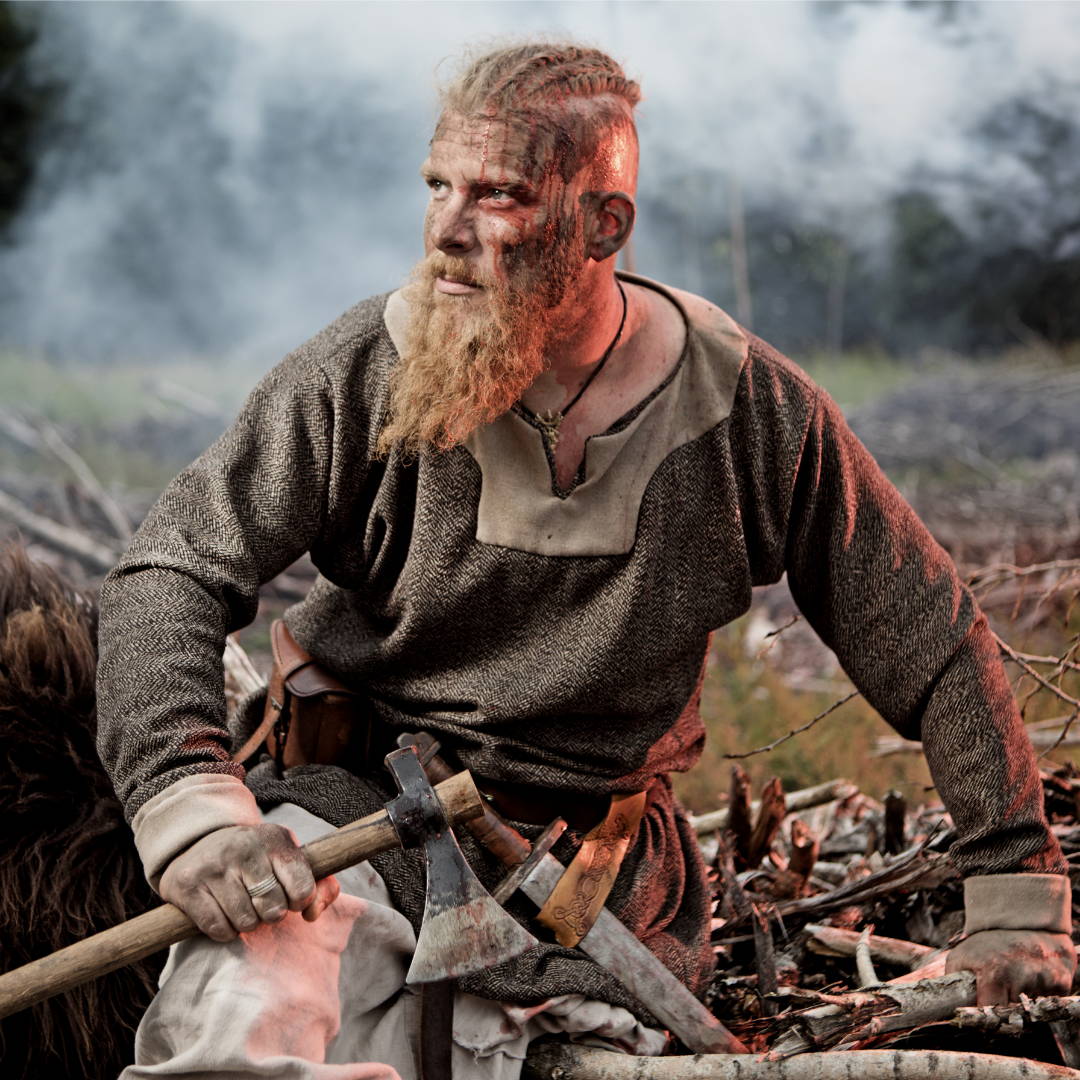 During the Reformation, lots of Protestants shaved their beards in protest against Catholicism, whose priests were often clean-shaven. This was done to show their opposition to Catholicism.

More intriguing is the significant influence that kings and other high-status people have had on the establishment of facial hair trends. In the 2nd century, the emperor Hadrian returned to Rome with a beard, and the whole ruling class of the Empire of Rome followed suit, including a number of Hadrian's successors.

When it came to beardlessness in the Middle Ages, Henry V was the first monarch of England to do so. Because he was such a magnificent monarch, English society and the future seven monarchs were inspired to follow in his footsteps. 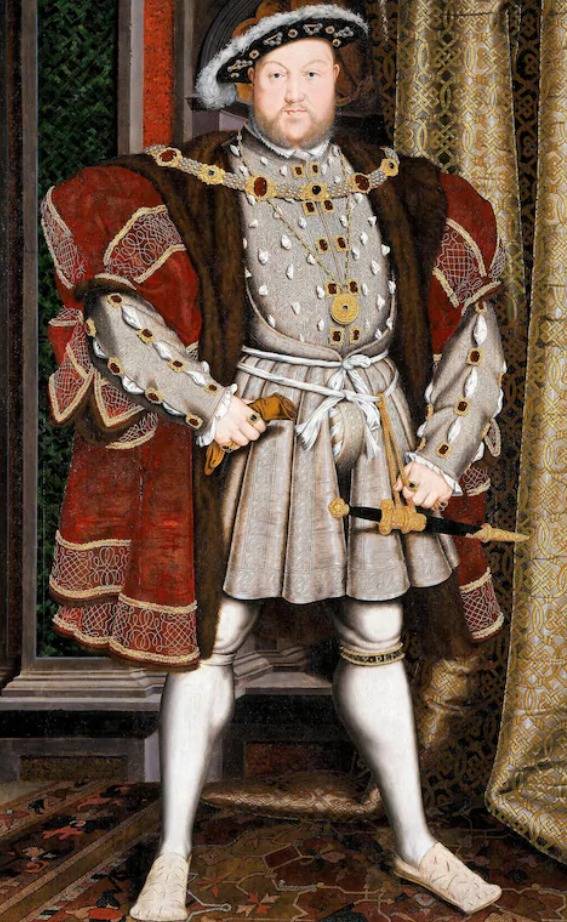 When Henry VIII arrived, in all his arrogant, profligate, homicidal splendour, the beard made a resurgence, unquestionably as a means of distinguishing himself from his predecessors.

It's not only about whether to wear facial hair or not that the decisions of rulers and other high-status individuals have had an influence on the choices of those around them and for future generations.

As well as in the development of certain face haircuts, you can notice this trend in men's beard fashion.

Archaeologists think cavemen used shells and tweezers to sculpt their facial hair into moustaches. However, the moustache as we know it now first appeared in England during the Elizabethan period.

In an era of thick beards, King James I and his son King Charles I distinguished themselves as royal with their distinct handlebar moustache. After these moustaches were shown in period art, the masses imitated them in an effort to obtain the same distinguished appearance.

When Britain was liberated from puritan tyranny, the moustache remained a status symbol and a considerably more masculine affectation. King Charles II, who governed with a moustache from 1660 to 1685, is thru pictures as a young boy.

In Russia, Tsar Peter the Great sought to remove beards by instituting a "beard tax" in 1698 after learning that they were more antique than manly on a journey through have become Edominant tax, which first cost 60-100 rubles in return for a token allowing the beard, did not include moustaches, which contributed to their popularity.

Moustaches became the dominating method for men to assert their masculinity via their faces. From 1860 until 1916, the British army even required moustaches as part of their uniforms.

By the end of the nineteenth century, germs and bacteria were better known, and beards were seen as an unsanitary risk factor for the spread of illnesses like TB.

In 1902, New York City outlawed milkmen from sporting whiskers, and hospitals in the United Kingdom requirements and personnel to shave as well.

By 1904, inventor King Camp Gillette had received a patent for the first disposable razor, and hygiene was becoming more essential.

When gas masks used in World Battle I (and subsequently in World War II) did not seal effectively with beards, facial hair was no longer utilized as an identifier of troops returning from war.

Moustaches were still allowed in the military, but only among certain grades. As a result, they were mostly worn by high-ranking officials and delinquents. Let us refer to this as the moustache schism.

In terms of pandemic trends, growing a beard may seem as innocent as committing to elastic waistbands. However, for some, refusing to shave may influence one critical means of putting a stop to the epidemic.

Face masks must fit tightly in order to limit the danger of catching or transmitting coronavirus. Experts say that depending on the length and thickness of your beard, it may diminish the efficiency of mask-wearing by generating extra space between your face and the mask.

Modern moustaches are perplexing. Lip fuzz may indicate social status, nonconformity, delinquency or hypersexuality. Men grow moustaches for a variety of reasons, but they all have one thing in common: they made a decision. It is highly unusual for a man's facial hair to organically develop into under-nose topiary if left to its own devices.

Moustaches might be seen as expressions of what scholars refer to as "performative masculinity." They have significance. they signify is mostly determined by culture or individual attitudes of manhood and masculinity.

Although testosterone levels do not directly influence facial hair, there is evidence that men with tare perceived to be more manly than their clean-shaven counterparts moustaches suspect that the goal of growing them is not to attract mates - studies suggest female ambivalence (see the last section) - but to communicate moustache dominance with other men.

According to research, moustaches are most popular in civilization for where males outnumber women in the mating market (think: polygamous culture moustaches it another way, moustaches are sculpted in part by sexual dynamics, but they are not best understood as a strategy of enticing a partner.

According to Archeologists, based on the research of 6,000 American men with moustaches earn 8.2 percent more than men with beards and 4.3 percent more moustache than clean-shown men. These folks are the heirs of a long and illustrious legacy.

Considering the above, as well as the importance of beards to a variety of different individuals throughout these periods, it's not a leap to believe that Middle Age folks concocted their own beard balm or beard wax from scratch.

History of the modern era

At some point during the 15th century, European males began to shave their heads as a matter of course. In fact, in the early 17th century, Russia's Peter the Great ordered all males to entirely shave off their beards before introducing a beard tax-which members of the public were permitted to enforce openly!

Members of the upper class and the aristocracy were no longer permitted to wear beards, which marked a significant departure from traditional custom. In their place, clean-shaven faces replaced beards. Many believe that only the impoverished have beards and that those who do have facial hair are commonly considered sloppy and unclean in general. Slowly but steadily, the popularity of beards grew once again, only to wane once more in the first decades of the twentieth century.

Although not just beard oil was popular in ancient times, there were many other products as well. When it came to beard colouring, the Assyrians used black, the Persians used orange, and the most powerful Egyptians used colours ranging from copper red to deep brown to make their beards stand out.

Man Made Beard Company's premium beard oils are made by hand. Our oils are designed with you in mind, with a contemporary aroma and only the best components. These components include Argan oil, Jojoba oil, and Sweet Almond oil as the primary carrier oils!

Man-Made Beard Oils encourage beard growth by reaching the hair follicles and replenishing the natural oils in your hair and skin underneath. Lightweight, quick-absorbing, and suitable for all beard styles.

Beard oils, beard balms, gels, and waxes are now common place in men's bathrooms all over the globe, and products like shampoo, conditioner, and moisturizer are available to purchase online. According to market research conducted in 2018 and projected to reach $43.1 billion by 2026, we can conclude that modern-day men are giving their beards the attention and care they need to keep them looking good and healthy.

According to the traditions of many Germanic tribes, a man was not allowed to shave until he had killed his first opponent. According to tradition, men were only permitted to cut their beards when they were in mourning in ancient Israel and Greece. The chopping of a person's beard was considered a form of punishment in ancient India.

Beards and the manner in which they were cared for in ancient times varied depending on the geographical area and prominence of the bearded individual. Beards were considered to be a symbol of virility, intelligence, morality, and social standing by many, and as you might guess, those who were "worthy" of sporting a beard took extraordinary care of it.

Consider the Middle Ages, when beards were so revered that touching another man's beard was considered grounds for many In order to demonstrate virility and respect, knights sporunruly, but ds, but members of the Catholic clergy and those leading monastic life kept their heads clean in order to signify their celibacy.

Some evidence suggests that combs made of deer antlers were worn on their belts alongside swords and that some people even buried their combs with them in their graves. Now that's what beard combination.

Beard combs are made by hand. Man Made Beard Comb for maximum beard potential, with a new style and the greatest of all combs on the market.

Our comb will give your beard a boost of confidence. It's perfect for on the go and fits neatly in a pocket.

Now is the time.

Men have taken good care of their beards for as long as they've had them, and they will continue to do so. Some may even say that our forefathers took better care of their beards than modern-day gentlemen do now. As much as our beards have evolved over history, the fact is that our environment has changed at the same rate. Fortunately, unlike in the past, everything you need is readily available now, and you no longer need to be wealthy and powerful in order to get high-quality items and services.

Beard growers of today live in a contemporary environment, with modern issues, and they must deal with them. Consider the effects of air pollution and rising stress levels. While our facial hair may seem to be comparable to that of our forefathers, the circumstances to which it is subjected much different in today's climate.

Man Made Beard Company leading beard brand uk having created a line of goods that are specifically tailored to the needs of our customers, we know every beard has high standards when it comes to using products for our hair, so we decided to raise them with the quality of our men's beard products here in the UK.

Where does a bearded man place his beard and moustache clippings?

Clippings can be a real problem when trimming your beard; they can easily get everywhere.

Do you find it difficult to keep your beard trimmed?

Do you despise cleaning up after a trim?

The Man Made Beard Catcher goes above and beyond to solve this problem by being sleek, trendy, and goddamn amazing. saving you time and trouble after shaving Simply clip, shave, and you're done.

Another advantage is that it will keep you in good graces with your spouse, not to mention make you appear young and confident.